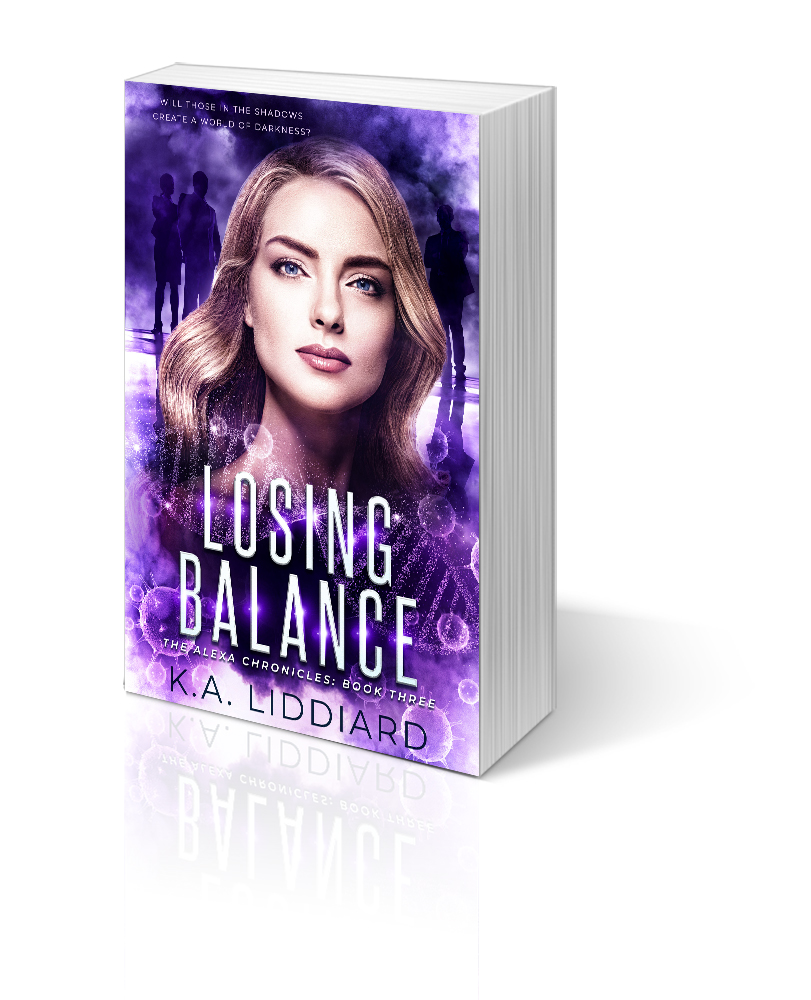 Will those in the shadows create a world of darkness?

Alexa and the GenTech rebels have lost control. Eliminating Jacob Scott has not brought the world a reprieve from the threat of the Armageddon virus. It has forced Jonathan Malvern out of the shadows and silenced Jacob’s growing opposition to the master plan.

To stop the release of the virus, Alexa and her friends must now defeat an international cabal of powerful men and women who control immense wealth and manipulate governments.

Fighting against overwhelming odds; Rick and Mitch lead the rebels as they seek to disrupt the cabal’s single-minded pursuit of global population reduction.

Friends and lovers are torn apart; new allies are found and lost. Will Alexa and her friends abandon the fight and let the world burn? If they sacrifice everything, will it be enough?

Losing Balance is the third instalment of the Alexa Chronicles, a series of terrifyingly possible thrillers by Karen Liddiard.

Download Losing Balance today to find out whether Jonathan Malvern topples the world into darkness.