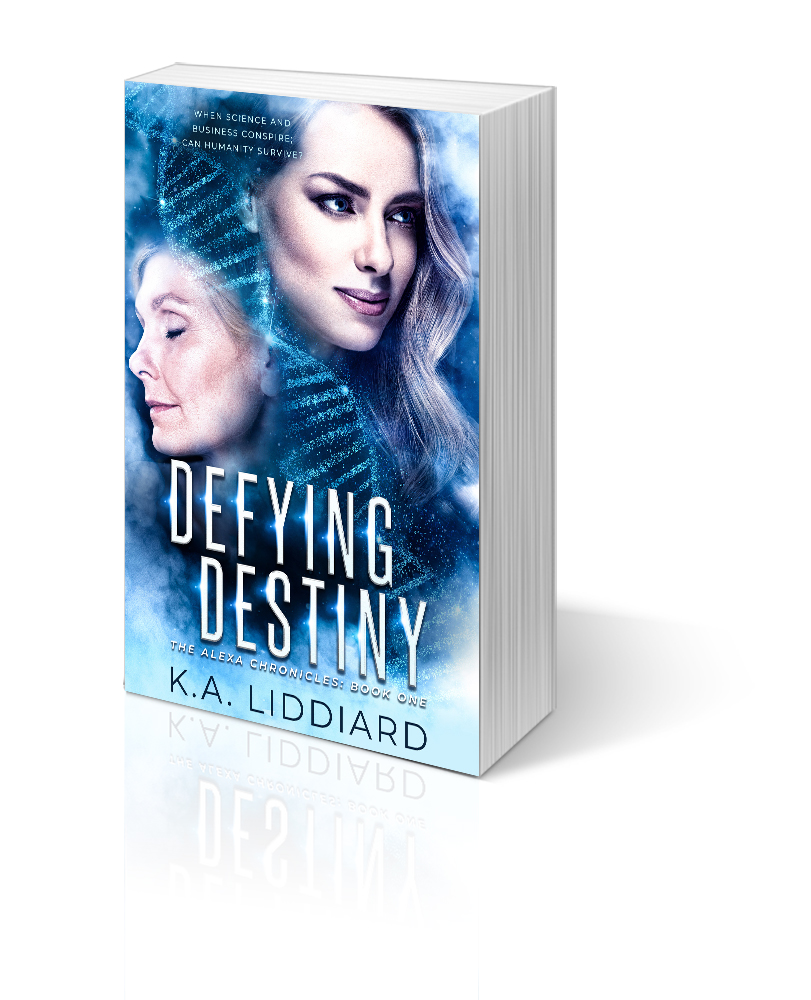 When science and business conspire; can humanity survive?

A new life for one woman; a dangerous destiny for humanity. When a lonely fifty-year-old career woman seizes the chance to re-set her biological clock, she wakes up two years later with a perfect young body and a new identity.

But Alexa Dartmoor must now work for a secretive company led by men with twisted morals and dangerous ethics who will stop at nothing to advance GenTech’s dominance in high-tech bio-science.

Untangling a web of half-truth and deceit, Alexa is devastated by the betrayal of the man she trusted with her life and her heart. She is shattered by his calculated manipulation to force her to accept the shocking reality of her new life.

Will she die for her beliefs? Or, if she chooses life; can she accept her new destiny is to fight GenTech’s callous plan to re-build the world?

Defying Destiny is the first instalment of the Alexa Chronicles, a series of terrifyingly possible thrillers by K.A. Liddiard.

If you like fast-paced action that explores a perilous future when science, business and humanity are opposing forces; immerse yourself in Alexa’s dangerous new world and download Defying Destiny today.

Get a taste of Defying Destiny with the official book trailer!